Royal funerals are huge, multi-day events that need forward planning and military precision to ensure that important traditions are maintained, and that protocol is followed to the letter.

These plans have codenames, with specific instructions and plans for each member of the Royal Family; Prince Philip’s was Operation Forth Bridge, Prince Charles’ is Operation Menai Bridge and The Queen’s is Operation London Bridge.

Operation London Bridge dates back to the 1960s and has to be reviewed several times a year to make sure it is up-to-date and takes into account current circumstances.

The Queen’s funeral plans are only shared with a select few people, but everything is planned out to the smallest detail.

It is reported that the plan contains everything from who informs the Prime Minister and how, through to daily plans for the period between The Queen’s death and the funeral, and even how the government will handle the situation on social media – a sign of how times have changed since the plan was first drawn up.

As an event that will shake the globe – no matter how well prepared the government is – plans have to be put in place to announce her death to key figures around the world, with arrangements made for foreign dignitaries, ambassadors and heads of state to be invited and updated.

It’s hard to imagine because nobody likes to think about it, but broadcasters like the BBC and ITV have had veteran newsreaders rehearse for years on how to announce and cover the death of The Queen, reportedly referring to her as “Mrs. Robinson” in rehearsals.

Naturally, the plan also covers every detail of the Queen’s funeral itself, from the state funeral, the processions and the committal service through to a two-minute silence and a National Day of Mourning.

There will be time set aside for public mourning, with plans to keep the Palace of Westminster open for three days and open to the public for 23 hours per day during that time.

There will potentially be thousands of people looking to pay their respects in person, and the coffin will lie on a catafalque in the middle of Westminster Hall. In fact, the sheer number of people expected to visit the palace and London is set to cause a huge disruption to the city, which has to be planned for.

Not every funeral is as big or complicated as The Queen’s, but whatever size funeral you’re thinking of, it is important to make sure that your wishes are recorded, that everything is planned in advance and that your loved ones aren’t faced with unexpected bills which worsen an already difficult time.

A prepaid funeral plan is the best way to make sure the costs are covered ahead of time. Capital Life offers a selection of affordable funeral plans to suit any budget, ceremony or individual wishes.

We can also help you to understanding the importance of Wills, Probate, Inheritance Planning and LPAs. 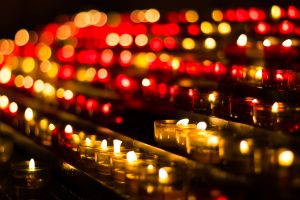 Funerals held for members of the Royal Family are unlike any other funeral you will see; fiercely bound by tradition and protocol, royal funerals are large-scale events run just like a military operation and they require massive amounts of forward planning. The Queen’s funeral plan is codenamed Operation London Bridge, and many other royals have similar monikers – Prince Philip’s was Operation Forth Bridge, and Prince Charles’ is Operation Menai Bridge.

Operation London Bridge covers everything from the process of reporting the Queen’s death, to where she will lay in state – which is dependent on where she passes away. Responsibility for coordinating the effort lies with the Duke of Norfolk, Earl Marshal. The Norfolk family have apparently overseen royal funerals since 1672.

All aspects of Operation London Bridge have been prearranged down to the smallest of details. It is a major operation that requires a coordinated effort from government departments, the Church of England, the British Armed Forces and the Metropolitan Police to name but a few.

Protocol dictates that decisions relating to the Queen’s funeral can only be made by her heir, Prince Charles, and the Earl Marshal, who have final sign-off. However, the Queen has reportedly had input and made some critical decisions relating to Operation London Bridge, much like Prince Philip with his own funeral.

The importance of planning your funeral in advance cannot be underestimated. Arranging the day, down to the very last detail in advance, ensures you get the farewell you want, and paying for it beforehand means you’ll ease both the financial and emotional pressure on your family.

To see how a Capital Life funeral plan could help you plan your funeral, contact us or call 0800 411 8683 and one of our friendly advisors will be happy to talk you through our wide range of options.

We can also assist with Wills, Inheritance Planning, Probate and LPAs.