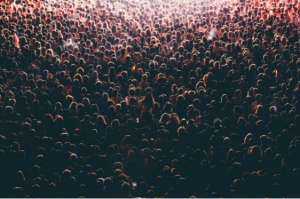 When a loved one dies, their funeral is an opportunity to celebrate their life and remember time spent together. Celebrity funerals are no different; although you didn’t know them personally, their funeral ends an important chapter in your life.

But is it the scale, the guest list, or simply the occasion that makes celebrity funerals memorable?

Michael Jackson’s service at L.A.’s Staples Arena in 2009 is definitely among unforgettable celebrity funerals. The largest synchronised security effort in L.A. since the 1984 Olympics, it boasted an all-star guest list and cost the city $1.4 million. His funeral was among the first to be streamed online, allowing millions of fans to pay their respects.

When Elvis Presley died, thousands flocked to his Graceland home; around 30,000 fans passed through the famous gates to pay their respects. As celebrity funerals go, this was rather understated; although star-studded and fit for a king, it was apparently held in his living room!

Jim Henson’s was unusual among celebrity funerals. He actually had two, in New York and London, but what made them unique is that they featured his own Muppet creations. Big Bird even sang a rendition of It’s Not Easy Being Green – originally sung by another of Henson’s characters, Kermit the Frog.

Princess Diana was both a celebrity and royalty, and her death prompted an unprecedented display of public mourning. Two thousand people attended her Westminster Abbey funeral, while more than a million people lined the streets of London. Over 2.5 billion people worldwide watched the service on T.V., making it one of the biggest celebrity funerals and televised events ever.

Also straddling both camps of celebrity and royalty was Grace Kelly, an icon of the Golden Age of Hollywood and Princess of Monaco. Her service was among the largest of celebrity funerals and was the largest state occasion in Monaco since her marriage to Prince Rainier III in 1956.

If you’re considering how to make your funeral memorable, detail your final wishes in a funeral plan from Capital Life; contact us now or call 0800 411 8683 and one of our friendly advisors will be happy to help.

We can assist you with Wills, Inheritance Planning, Probate and LPAs.