Many of the traditions displayed in modern funeral plans have existed for centuries. Archaeologists have proven that humans have been laying flowers at gravesides since at least 60,000 BC and conducting burials for over 100,000 years. These simple acts have survived throughout history because they symbolise the importance of remembrance and reverence for people that we’ve loved and lost.

One of the most storied traditions of funeral planning is the eulogy. A eulogy, or funeral oration, offers a chance for speakers to tell the life story of the deceased in a uniquely personal way. But where does the tradition of making a speech at funerals come from?

This Capital Life Funeral Plans blog post is dedicated to the history of funeral orations.

Speaking at a funeral was common practice in Ancient Greece, although they didn’t use the word eulogy to describe the act of lauding the dead. Widely considered the centre of culture of the ancient world, Athens was praised above all else for showing respect to the deceased:

‘[Y]ou alone of all mankind publicly pronounce over your dead funeral orations, in which you extol the deeds of the brave’. 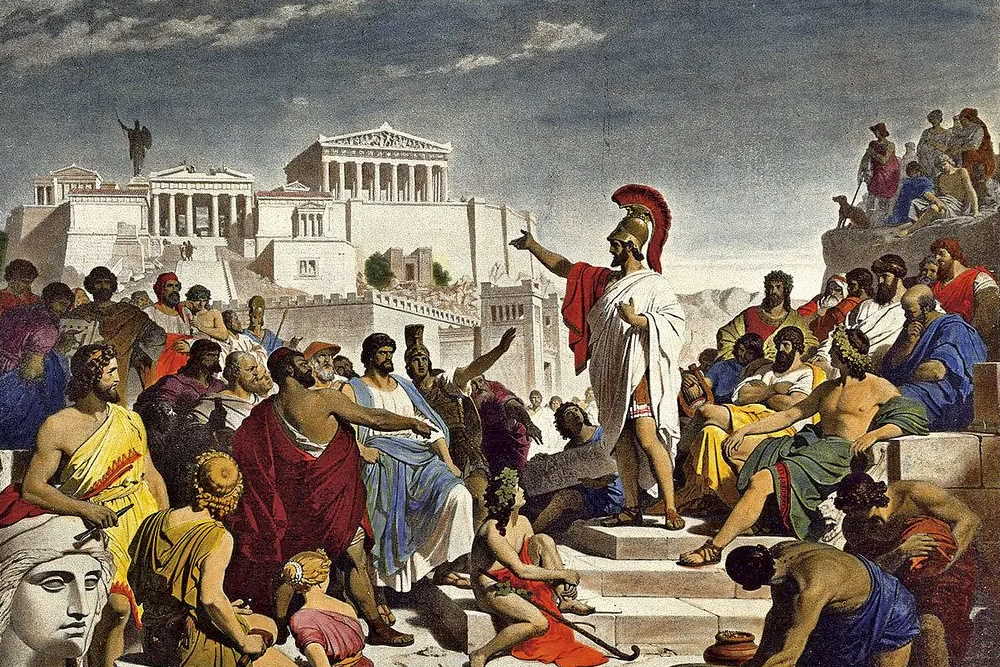 Grecian funeral orations were typically delivered at the funerals of soldiers. Some of the most famous speeches were chronicled and have survived into modern day. Figures throughout history have used the form of the genre when writing speeches for their own public funeral plans.

The term eulogy traces back to from these ancient origins, roughly translating as ‘to speak well of’. Yet the tradition has changed significantly from the military orations of Athens to the humble speeches we know today.

The eulogies we’re familiar with were born from the literature of the renaissance when poets and scholars of the medieval age started romanticising the ancient era. They coined the term elegy for a new poetic genre that lamented the loss of loved ones or admirable figures. Poets still write elegies today, and many funeral plans call for readings of some of the most famous examples of elegiac poetry. However, elegies can be emotionally heavy, verging on morose.

The eulogium grew out of the elegy. This was a more factual re-telling of a person’s life, removing some of the emotional weight of the earlier poetic form. Over the years, people started adopting this format during funerals for their loved ones, until a eulogy became standard practice for almost any funeral plan.

Modern eulogies have grown beyond their noble origins, but they’re still a very respected part of every funeral plan. You can read more about some of the most famous modern eulogies in our recent blog post, Funeral Plans: Four Famous Eulogies.

At Capital Life Funeral Plans, we’re here to support you through the process of planning your own funeral, from helping you decide on a suitable casket to organising readings at the service. We can advise you on the importance of eulogies and help you decide who to choose for your funeral oration.

If you would like any more information about our funeral plans, including Wills, Inheritance Planning, Probate, and LPAs, contact us on 0800 411 8683.