History is filled with weird and wonderful stories about death and remembrance. It’s a peculiar subject that fascinates us, upsets us, and sometimes amuses us in unexpected ways. At Capital Life Funeral Plans, we want to celebrate the endless send-offs with a look back at some of history’s most bizarre funeral services.

Rudolpho Valentino, the ‘Latin lover’, was a renowned actor that starred in several silent films during the 1920s. History recognises him as one of the earliest pop icons, primarily due to the reaction his premature death prompted in 1926. Over 100,000 people took to the streets of New York City on the day of his funeral service, resulting in a full-scale riot fuelled by mass-hysteria. A mounted police response was required before the funeral service could continue. 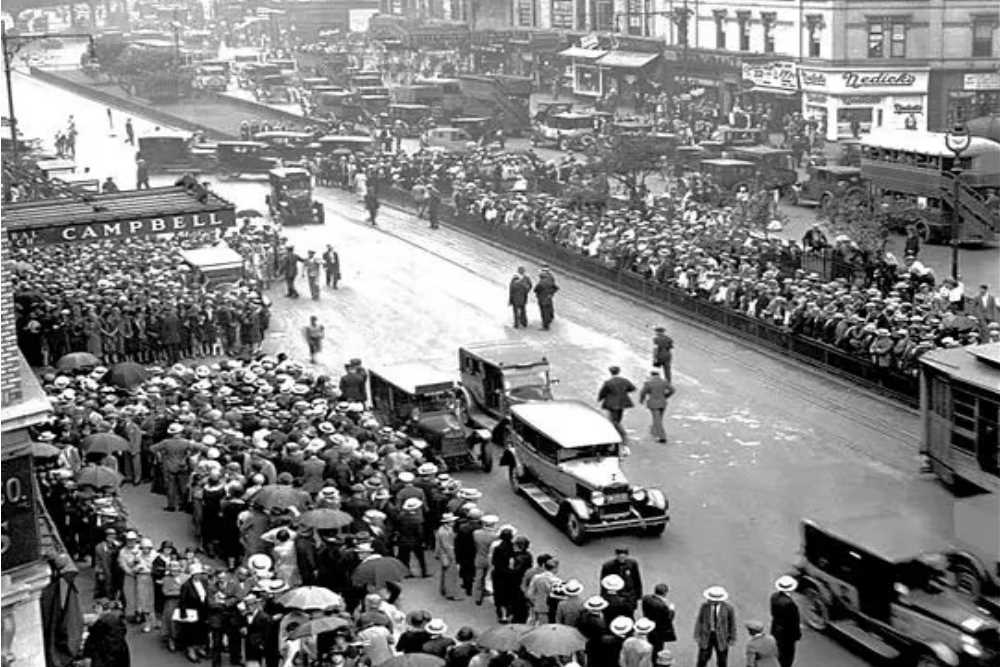 Years later it was revealed that many New Yorkers had been paid to exaggerate their grief by the funeral organiser Frank E. Campbell, to gain publicity for his funeral parlour.

Immortalised as the Count Dracula of Universal Pictures’ golden age of monster movies, Hungarian actor Bela Lugosi struggled to emerge from the shadow of his earlier success. He was said to be frustrated at being typecast as the Transylvanian count and longed to play less supernatural roles. Unfortunately, Bela Lugosi never truly emerged from his own shadow before dying at the age of 73. He was subsequently buried in one of the capes from the Dracula costume, a decision made by his third-wife.

In the following years, his son admitted that Bela Lugosi never made this arrangement. The decision belonged to Lugosi’s third wife, and the actor’s son believed that his father wouldn’t have wanted to be buried in the cape that typified his success.

Author of the surreal American novel Fear and Loathing in Las Vegas, Hunter S. Thompson was known for extravagant counter-culturalism. He became famous for his prose, his unique journalism, and as an icon in his own right. All of this and more was celebrated at the writer’s funeral service in 2005, when he was cremated and launched into the air in a barrage of fireworks. The funeral was paid for by the late author’s best friend Johnny Depp and attended by a medley of famous figures.

The Final Frontier of Funerals

Star Trek creator Gene Roddenberry had a lifelong affliction for space and science fiction. In an entirely fitting turn of events, the renowned genre screenwriter was memorialised in the world’s first space funeral. Portions of his ashes were put into orbit in 1992 and 1997, each of which took a five-year journey around the planet before falling back into the earth’s atmosphere and disintegrating. To properly honour the father of one of the world’s most beloved franchises, the company responsible hopes to put Roddenberry’s remaining ashes in orbit with the intention that they will never return to earth.

At Capital Life Funeral Plans, we feel that life is worth celebrating after death. You should be proud of your quirks and achievements, and feel free to express them in your own funeral service. We offer a full list of wishes for you to answer prior to setting your arrangements in stone, so that everyone involved understands exactly what you want from your final goodbye.

Although we can’t promise to send your ashes into space, we can guarantee you a funeral service worth remembering. Please contact us on 0800 411 8683 to hear all the ways that you can customise our funeral plans to suit your unique wishes. Or, if you’re a little pressed for time, simply fill out a short form and we’ll get back to you as soon as possible.